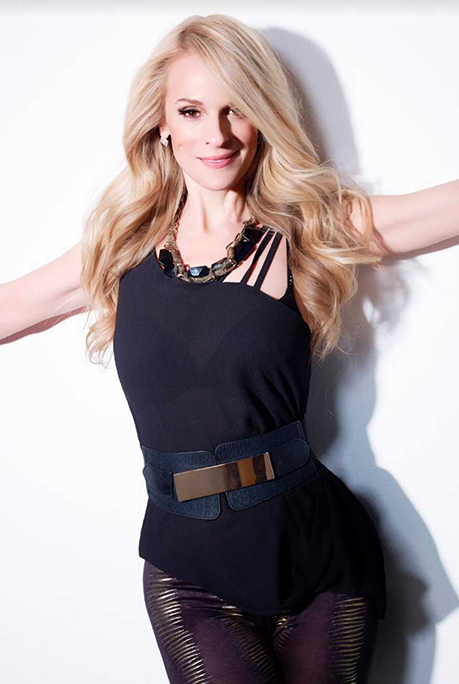 Consuelo Vanderbilt Costin founded her record label C&R Productions in 2010 and her first four singles landed her in the Top 20 on the Billboard Dance Charts. Her debut single “Naked” spent 16 weeks on the charts, while her follow-up “Feel So Alive” earned her Billboard’s #2 Breakout Artist honor. The highly controversial video was banned in 10 countries. Her latest hit “Body Needs” broke Billboard’s Top 5. Consuelo’s highly anticipated pop dance album I'm Just Me dropped in Germany, Austria, and Switzerland this past summer and is due for release in the U.S. at the end of the year. the seventh generation of shipping and railroad tycoon, Cornelius Vanderbilt, and great-great-great niece of Consuelo Vanderbilt, the Duchess of Marlborough. Consuelo shied away from the world of debutante balls to carve her own path through her ventures in music and business and has been featured in Vogue, Town & Country, 25A, Prestige, Paper and Raine Magazine for her many accomplishments. But the road to success was not an easy one. At nineteen, Consuelo suffered a near-fatal car accident that almost destroyed her. Instead, she clawed her way back through a year of recovery and landed her first record deal at twenty-one. The dimple-like scar on her right cheek reminds her of how precious life is, and how with enough will and determination, any obstacle can be overcome.Having studied theater in London, music, and arts in Florence and starting her first rock band in Munich, Consuelo is no stranger to world travel. Her music career cemented her status as a global player, taking her from cafés in Italy to London’s Royal Albert Hall, New York’s Central Park and some of the most legendary clubs on Hollywood’s famed Sunset Strip. After an L.A. DJ discovered one of her songs and turned it into a Billboard Dance Chart hit, Consuelo’s pop-rock career shifted. With songs like “Naked” and “Feel So Alive” burning up dance floors in the biggest clubs around the globe, Consuelo earned her title of Dance Diva. Music Consuelo has performed around the world and shared stages with such music luminaries as Vanessa Carlton, Mya and Tweet.