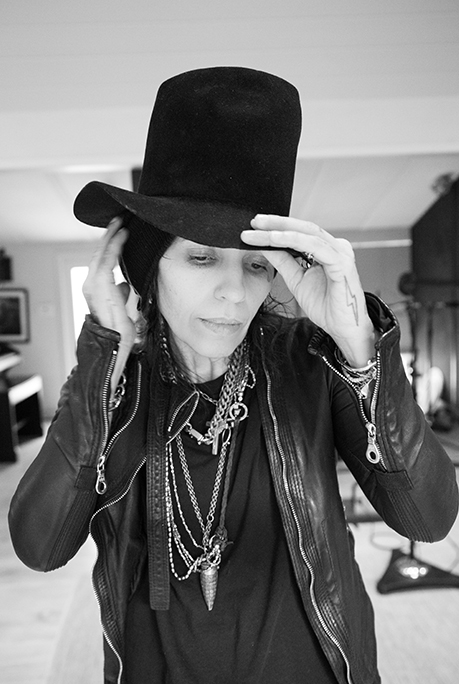 Grammy, Golden Globe, Critic’s Choice award nominated producer and Songwriter Hall of Fame inductee Linda Perry is one of the most accomplished people working in music today. Her career epitomizes what it means to be successful as an uncompromising and independent musician. Beginning her musical journey as the lead singer of 4 Non Blondes, she has profoundly impacted pop culture through her work as a producer and songwriter. Her resounding influence on female empowerment resonates through her sincere artistry, which has helped shape the sounds of P!nk, Christina Aguilera, Alicia Keys, Britney Spears, and Adele to name a few. In 2019, Perry earned a groundbreaking Grammy Award nomination for Producer of the Year, making her the first woman in 15 years to be nominated in the category. Nominations for Golden Globe and Critics Choice Awards followed for her work on “Girl In the Movies,” a track she co-wrote with Dolly Parton for the Netflix film ‘Dumplin’, that earned her a new 2020 Grammy nomination as well.

Perry has been in artist management since 2017 and in 2020 she founded, “Linda Perry Management” where she focuses on developing the next generation of rockstars. Perry is an avid philanthropist and has helped curate artist lineups for prestigious concert events such as 2018’s One Love Malibu Benefit concert, which featured performers including Katy Perry, Joe Walsh, Gwen Stefani, Alanis Morrisette, Robin Thicke, Rita Ora, Taylor Hawkins of the Foo Fighters and Chad Smith of the Red Hot Chili Peppers, raising more than 1 million dollars for victims of the Malibu fires. Most recently, she worked with The Art of Elysium to bring their gala ‘HEAVEN IS ROCK AND ROLL’ to the Hollywood Palladium, reuniting surviving members of Nirvana (Dave Grohl, Krist Novoselic & Pat Smear) with St. Vincent, Beck, Violet Grohl, L7, Cheap Trick and Marilyn Manson. Perry is also on the board of Sean Penn’s CORE organization, curating their fundraisers in LA and Nashville with artists like Billie Eilish, Cat Stevens, Maren Morris, Dwight Yoakum, Jenny Lewis and more.