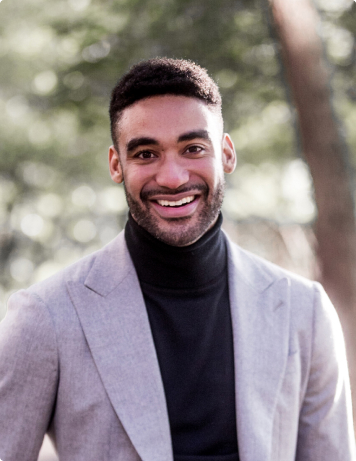 Joshua ‘Zeke’ Thomas is the embodiment of perseverance. TheDetroit native inherited this valuable trait from his father, NBA Hall of Famepoint guard, Isiah Thomas. That passion and the unyielding drive to achievegreatness is in his DNA and has been exemplified and encouraged since birth.It’s what fueled Zeke’s diverse endeavors - from becoming a renownedopen-format DJ to a sought after MC/Host, a dedicated Human Rights and MentalHealth Awareness Advocate to a forward-thinking businessman. It also helped himovercome mountainous obstacles as a rape survivor and mental health awarenessadvocate, and set him on an undeniable path to make a real impact.

His first passion-turned-profession was music.According to Zeke, “Music surrounded me my whole life. Growing up in Detroit,the heart of Motown, it was ingrained in everything. I had always enjoyedsinging and dancing, but when my cousin let me play around with his turntables,that was the moment it became something more. After I got my own set I startedto get really into it.”
As an in-demand DJ, Zeke has shared the stage with and performed forcelebrities including Diana Ross, Jay-Z, Lady Gaga, Snoop Dogg, Ludacris,Michelle Obama, and Cher. For multiple years he was welcomed as an Official NBAAll-Star DJ, even spinning a few events with Shaquille O’Neal (aka DJ Diesel behindthe decks). He’s been broadcast into homes across the country, performing onGood Morning America, Arise360 TV, Sirius XM, and has been featured on VH1producing for Lala’s Full Court Life cast member and friend, Po Johnson.
While he was developing his skills and evolving as a DJ, Zeke was alsoproducing his own music. His releases include debut single “REGRET” withcelebrity friends Taryn Manning, Fatman Scoop, and Kira Dikhtyar starring inthe video and timeless club banger “#ByeFelicia”. In addition to makingdancefloor-ready jams, Zeke also created deeply personal, therapeutic tracksincluding “BLACKNESS” featuring Chuck D and Jasiri X which PAPER Magazinedubbed “the civil rights anthem for the EDM generation," and hispost-trauma healing singles “Dealin’ With It” and “Love Me Sober”.

Throughout Zeke’s journey he also utilized his talents in amyriad of business ventures and partnerships, formerly serving as Co-Founderand VP of Marketing at crowdMGMT and consulting for many notable organizationsincluding the New York Knicks, New York Liberty, Ciroc, Hot97, and The UnitedNations. Zeke then took up a role as Chief Marketing Officer and Partner at hisfather’s holding company ISIAH International, helping to lead the acquisitionof Cheurlin Champagne and Colorado-based cannabis company VESL OILS. Zekeshares, “I have always worked with my father but the first experience beinglaunching Cheurlin Champagne here in the states. Building that brand. Designingthe color scheme to designing marketing plans has been a great joy to now bethe fastest growing and only African American owned champagne brand.